Skip to content
By Targetedreadingintervention.orgPosted on 02/09/2022Posted in News 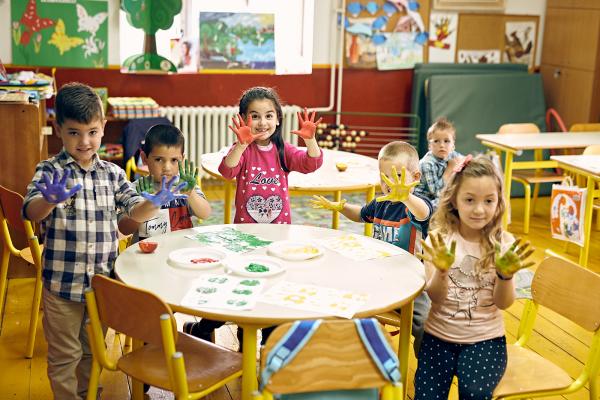 Kindergarten is a type of preschool educational environment where children learn through play, singing, practical activities, and social interaction. For some children, kindergarten is the first step toward formal schooling. But for many, kindergarten is simply a way to adjust to a new routine and begin the school-age years in the best way possible.

Kindergarten is a wonderful time to start teaching basic math and literacy skills. By the time a child graduates from kindergarten, they should be able to read, write, and count. They should also be able to sort things by size and shape. The activities in kindergarten should be child-initiated and promote independent and group work.

The founder of modern kindergartens was Friedrich Wilhelm August Frobel, a German educationalist. He believed that children should be exposed to nature to develop a sense of belonging and fulfillment. In addition, he believed that children naturally possess the skills to work productively and creatively. By providing them with a hands-on environment, kindergartens help young children develop their social skills and build a relationship with nature.

Although there are many differences between countries, kindergartens generally follow the same principles. The age range of children attending kindergarten is typically three to six years old. After that, children start compulsory education. However, the poorer regions of the world face greater challenges in maintaining their kindergartens because of the harsher conditions associated with poverty, disease, and war.

The concept of kindergarten dates back to the 18th century. Friedrich Frobel created a play and activity institute in Bad Blankenburg, Germany. He envisioned children as plants growing in a garden and developed activities to enhance the social interaction. He stressed the importance of physical and emotional development of the child and encouraged greater freedom of movement.

Kindergarten helps children develop self-confidence and self-esteem. It also creates a safe environment where they can interact with others. In addition to learning, kindergarten helps kids develop friendships. They will be exposed to a variety of activities and will develop new skills and talents. For many parents, kindergarten is an essential first step toward preparing children for their future.

While the age of compulsory school attendance differs in different states, the age of entry to kindergarten is at around five years old in most states. Some states, however, have cut-off dates that vary by school district and state. Some children enter kindergarten even younger than this, while others are still four years old. In states with local school boards, however, kindergarten attendance is mandatory for children wishing to attend elementary school.

Children with special needs need to undergo evaluations to determine if they will benefit from a kindergarten program. In some cases, a child with special needs may be better suited to a special education or inclusion program. However, parents should still consider the educational goals of their child when deciding whether or not kindergarten is appropriate for their child.