Skip to content
By Targetedreadingintervention.orgPosted on 18/05/2022Posted in News 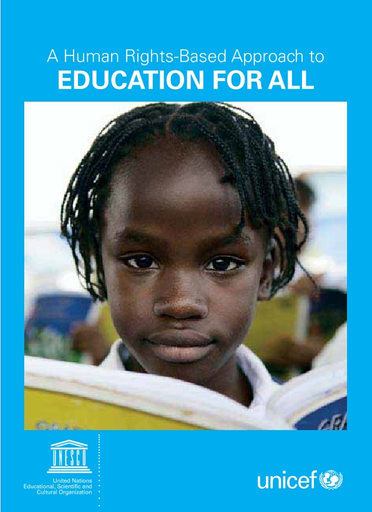 The importance of children education is undeniable. More than 250 million children are not reading, writing, or counting in school. This represents more than one-third of the world’s primary-school-age population. Unfortunately, many of these children do not have access to education, either because of poor school infrastructure, or because of a lack of qualified teachers. In developing countries, if children get an education, they have a higher chance of escaping poverty and achieving better economic outcomes.

In low-income countries, girls account for a disproportionately high proportion of children who do not go to school. In Africa and South Asia, gender bias is particularly prominent. While girls and boys attend school in roughly equal numbers, there are countries in which the ratio is more pronounced. Children with disabilities, such as learning disabilities, are especially marginalized. Only five percent of learning-disabled children in Africa go to school, whereas 70 percent of such children would go to school if schools had the proper facilities. Poor parenting often sends disabled children out to beg instead of enrolling them in school.

In addition to providing a stimulating environment, Montessori schools also provide nutritious meals and a balanced schedule. The program of this type of school focuses on language development, early literacy, and mathematics, and a clear philosophy of learning. Montessori teachers use lesson plans and frequent evaluations to ensure that children are making progress. The benefits of such a program are clear and substantial. When it comes to educating children, you have to consider a variety of factors to ensure that the program works for you.

The lack of education can be attributed to many factors, including the perceived value of schooling. Some parents may choose to send their children to work instead of attending school, as it increases their income and frees up their time. Orphans, children with ill parents, and children in underdeveloped nations may choose to stay out of school because they are caring for sick relatives. These opportunity costs make free education unaffordable for many families.

Other issues that can negatively affect children’s lives include war, conflict, and weather-related disasters. Children are a precious asset and the right to education is a key factor for their well-being. Providing an education to every child, regardless of background or location, will help them overcome the barriers that prevent them from continuing their studies. In addition to improving children’s lives, education also helps break the cycle of poverty and prevent child soldiers from advancing in the conflict.

Studies show that children who receive early intervention are more likely to complete high school and obtain a career. They also have fewer problems with crime. And because they spend more time playing, they do not engage in criminal activity. And this is just one example. There are many other benefits as well. Despite the numerous disadvantages of children’s education, the advantages far outweigh any disadvantages. But it is important to keep in mind that children’s development should be the focus of every aspect of education.

In addition to the educational benefits of ECE, it may also reduce social and private costs. Studies have shown that the cost of high-school dropout can reach $350,000 for a lifetime. And while this cost may seem high, even modest improvements in ECE can justify the investment. Furthermore, there are studies indicating that every dollar spent on quality ECE now saves a nation $7 or more later. This makes a child’s education more worthwhile than ever.

Universal primary education is vital to break the cycle of poverty. It can improve a child’s growth and development, and close the gap in social inequality. Research has also shown that one additional year of education increases an adult’s earnings by 10%. Education for girls is particularly important for future generations, as they are more likely to obtain employment and enjoy more personal freedom. Further, girls’ education can help prevent a number of preventable deaths. A lack of basic education can also cause women to marry and father a family.

International studies have demonstrated that the social conditions of poor children have a direct effect on academic outcomes. For example, in a country like Chad, where an estimated $215 per capita GDP is only 8% of the GDP, fewer than half of the adults can read fluently, parents are often concerned about the cost of an education. While the Chadian government has promised to increase educational spending in response to the poor economic conditions, user payments remain the only realistic way to finance the cost of educating children.

The Importance of Children Education